ATTENTION POP CULTURE: Hades Was Not That Bad a Dude!

There seems to be a not-very-promising-looking kids movie coming out today all about the Greek gods. I have no plans on seeing it, but I’d like to use this as an excuse to talk about something that has bugged me a lot: Pop culture’s persistently negative portrayal of Hades. You know what I’m talking about- he’s usually portrayed as some kind of Greek version of Satan, or like something off a death metal album cover. Apparently in the shitty-looking new movie coming out today, he’s one of the main bad guys. And remember the Disney movie with Hades as the bad guy? Or how he looks like some inhuman S&M fantasy in the God of War games? It’s everywhere.

Unfortunately, this popular depiction of one of the major Olypians is utter bullshit. While the ancient Greeks were afraid of the lord of the Underworld and found him to be something of a hardass, he was not the “bad” member of the pantheon.

Hades was the more or less passive ruler of the next world. If he were a D&D character, he would have been Lawful Neutral king who managed his domain the same way that Zeus ruled the sky and Poseidon the sea. (Solid earth was open to all of them.)

The Greek underworld itself was also pretty varied, it wasn’t just a hell-like place where everyone got zapped with flames or tormented in a Dante-like fashion. For the most part, it was gloomy and boring, though the Elysium and Tartarus were offshoots of the underworld, where souls were either rewarded or punished, respectively.

While Hades was considered a fairly morbid and fearsome guy, people were afraid of him and his domain in the same way that people have always been afraid of the irreversible nature of death. A realm of death and eternity that no one could ever leave is kind of scary no matter how you slice it, but Hades was nothing like this: 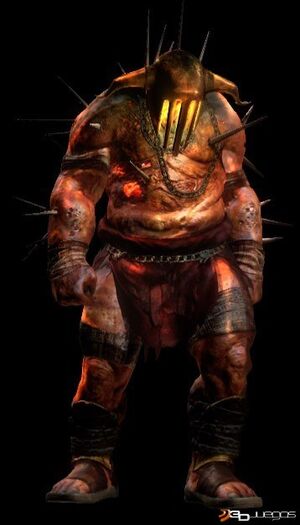 If anything, he was one of the more just Olympians. Yes, there was that nasty business with the rape of Persephone, but for the most part he was a pretty passive and predictable administrator. You know who was a pretty nasty member of the Greek pantheon? Well, almost all of them. Zeus, for instance, was a colossal dick, what with all the womanizing and the petty punishments he kept dishing out. Ares was a bloodthirsty maniac. Even Athena, one of the more likable deities, got all bitchy envious and turned Arachne into a spider. They were a petty, nasty belligerent bunch, which is why they’re such great characters and we continue to tell stories about them to this day.

But, for gods’ sakes, please stop using poor Hades as the stock bad guy. Cut the poor dude a break. If anything, Ares was the nastiest, what with all of the bloodlust and destruction.

BONUS MYTHOLGY RANT!: You know the sequel to The Mummy? Remember how The Rock makes a deal with Anubis and gets super-powerful? Remember how Anubis was portrayed as basically the Egytian version of Satan? Also wrong! Anubis was the god of morticians, and basically in charge disposing of corpses in a sanitary fashion. Portraying his as the malevolent figure in the Egyptian pantheon makes about as much sense as depicting St. Peter as the central villain of Catholicism. IT MADE NO SENSE! Especially since Egyptian mythology had Set and Apophis, two perfectly interesting malevolent baddies, available. Why did they pick on poor Anubis?

This entry was posted in Movies, Mythology, Rants. Bookmark the permalink.

2 Responses to ATTENTION POP CULTURE: Hades Was Not That Bad a Dude!