"So, why did you get your ears pierced?"

That’s the question that’s been asked of me for the past week or so. I got my ears pierced a bit over a week ago, just two metal studs in my lobes. Pretty understated, but I may get more prominent earrings when the piercings heal completely. Inevitably, friends and family have asked “why.” There are two reasons. The first is that I felt like it, and thought that I’d look alright with pieces of metal in my head. The second reason requires a bit more of my characteristic verbosity.

When I was in Japan, my friend D would often say of the various Harajuku kids that they were cute because they were “all rebelling in the same way.” This is the sort of clever-guy observation that I normally appreciate, but I think that it sort of misses the point. Firstly, looking unconventional is not the same as looking unique. Not at all.

If something is “unique” then it means it is singular, one of a kind. (Which means that something is either unique or it isn’t. Saying that something is “very unique” is rather silly.) Very few people, I think, want to affect styles and modes of appearance that are unique. Sure, there might be a few weirdos out there who want to be the very first person to wear a flying ferret on their head, but for the most part folks want take part in stuff that already has established meaning. This includes looks and modes that are often described as “alternative.”

The kids in Harajuku were just as much expressing solidarity with each other as they were rebelling from the Japanese norm. If anything, their construction of their own group, their own “us” was probably more important than any ideals of rebellion that they might have had. Likewise, I didn’t get my ears pierced because I’m rebelling against anything. I did it mainly to advertise the fact that I belong to a given branch of American culture.

My various beliefs and opinions, I think, are fairly well advertised by my appearance. The fact that I have pierced ears, a beard, oftentimes a buzz cut, wear a studded belt, Dr. Martens, and have an inordinate amount of t-shirts from Threadless all advertise things about myself. Namely, that I’m the sort of person who voted for Obama, is in favor of things like gay rights and abortion, has opinions about which version of Blade Runner is best, and is more likely to read Pitchfork than Rolling Stone. I want people to realize this. The idea that people can assessed and judged independent of their appearance in some idealistic or pure way is absolutely ridiculous. Because people will always make discernments about how I look, I want it to be on my terms, mostly in hopes that I can associate with others like myself. It’s not necessarily about “being unique” or “rebelling” at all, even though it is at once adopting a moderately unconventional mode of appearance.

Eventually, after I get back from the Peace Corps, I might get myself tatooed or pierced in a more dramatic fashion. God help me, though, if I ever end up looking like any of these assholes.

EDIT: By popular demand, here’s a picture, though they are not huge, and do not show up especially well in photos. 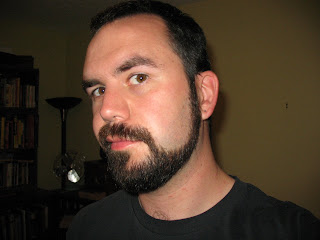 This entry was posted in Social Conventions. Bookmark the permalink.

8 Responses to "So, why did you get your ears pierced?"