You know the whole phenomenon of Shakespeare in the park? It’s great. Basically a bunch of people do a free performance of Shakespeare in a public place. Last Saturday I went to something like that, but instead of “Shakespeare” it was “Star Trek.” 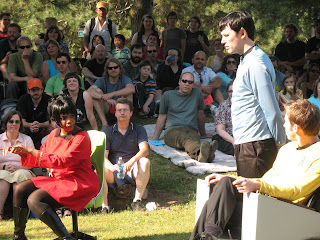 Live Star Trek. It was fucking fantastic. The actors were wonderful, the audience was massively appreciative, and geeky enthusiasm ruled the day. I was amused to see one of the actors from King Lear, which I saw earlier this summer, also in this. I suppose there’s a fair amount a crossover between Shakespeare and Trek fans. Also, the whole thing was accompanied by The Fast Computers, a band whom I’d seen a few times in Eugene, and were great in this setting, providing a retro-electro background.

The episode that they chose to perform was a nice one- Amok Time, wherein Spock goes into heat and subsequently battles Kirk at the behest of a sexy Vulcan chick. 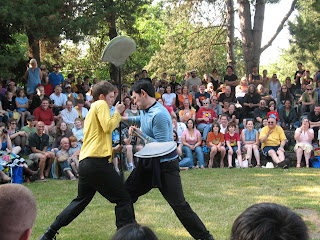 The homemade props were especially good. Both of those polearm things ended up splitting in half during the fight, to great effect. All in all, utterly awesome. My geek heart was aflutter the whole time. 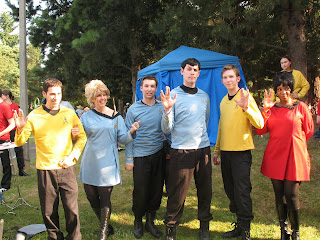 And, apropos of nothing, here are a bunch of kids splotching paint all over a car. 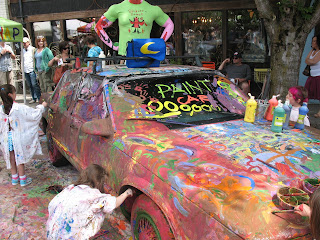 This entry was posted in Portland, Science Fiction, Theater. Bookmark the permalink.